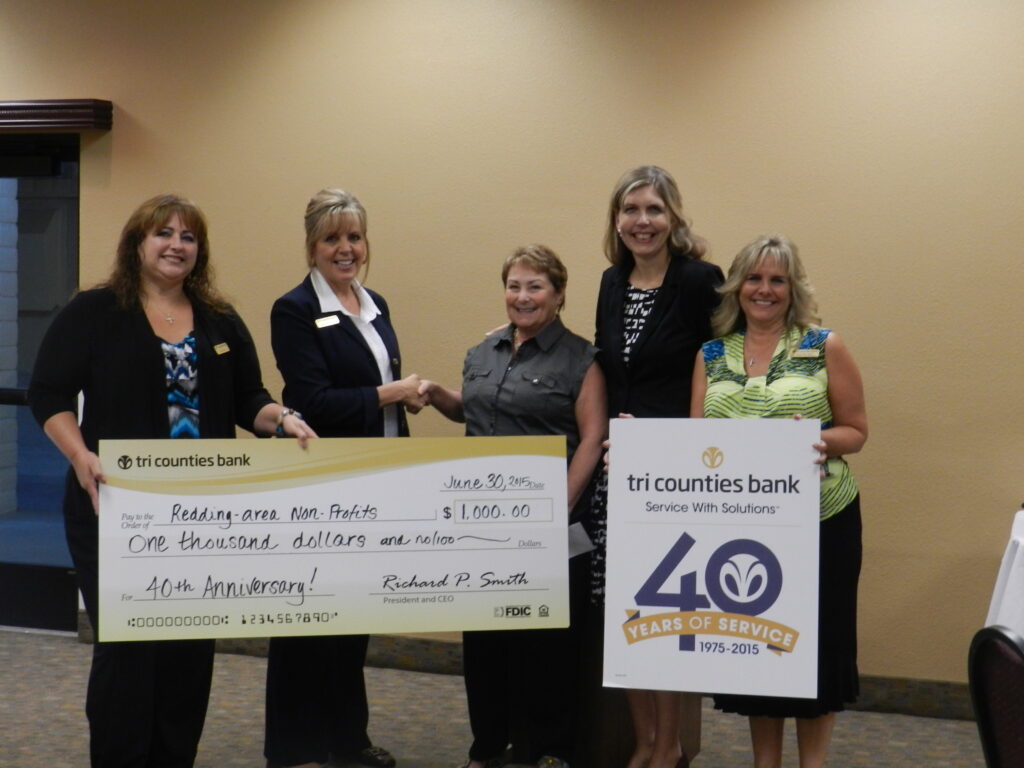 CHICO, CALIF – JUNE 23, 2015 – Tri Counties Bank is commemorating its 40th anniversary by awarding $1,000 to 40 non-profit organizations throughout its footprint in California, as well as one $40,000 gift to one of the non-profits to be announced later this summer.

To choose the top 40 recipients, Tri Counties Bank employees took part in a voting process among all non-profits historically supported by the bank throughout Northern and Central California. The 40 selected non-profits are now being considered for one master grant of $40,000, the recipient of which will be announced later this summer.

Additional 40th anniversary festivities include 40,000 eco-friendly shopping bags that are being distributed to customers in all branches, while supplies last.

Also, employees with a minimum 25 years of service have been receiving special recognition for their contributions to the success of Tri Counties Bank.